The Lodge Lane East Housing Co-operative is based in Toxteth, Liverpool and owns 220 properties dispersed in several streets off Lodge Lane. It was formed in 1974 by a local resident’s association during the first wave of refurb co-ops in Liverpool. In 1975, the co-op grew dramatically with the purchase of a large number of properties from a private landlord, which was funded by central government.

The co-op’s properties are mainly two and three bedroom houses with a small number of flats. The area where they are based has a lot of privately rented properties, which tend to be of poor quality and high rent, and the co-op were keen to increase their stock in the area by either looking to acquire land and/or purchasing properties on the open market.

The first scheme was a new-build development of three flats in Fern Grove on a plot of land previously in the ownership of the Local Authority. The co-op purchased the land in early 2018 for £13,000. They engaged a Manchester based housing association to acquire a Homes England grant on their behalf as well as act as development agent.

Development costs were funded through a combination of Homes England grant, a bank loan and a small loan from North West Housing Services. They commenced building in January 2019 and this consisted of three two-bedroom level access flats on the site at a cost of £550,000. The scheme was completed in late 2019.

These were the co-op’s first properties that were fully adapted for disabled people, and they had existing tenants that required this type of accommodation, who eventually transferred into the new properties. This also freed up three family homes for people in need on their waiting list.

Subsequently, they have embarked on an ambitious plan to convert some of their three-bedroom houses into four-bedroom houses by converting loft spaces. This has enabled them to retain tenants with larger families who would otherwise have moved out of the co-op.

BACK TO CASE STUDIES 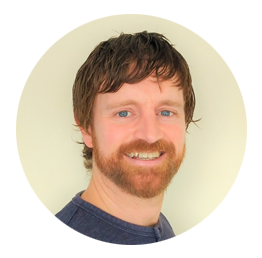